I was in chilly Toronto last October when I had the absolute pleasure of interacting with our counterparts at I-Remit Canada, namely: Belinda Lim-Herrera, Canada Country Manager and Simeon Sarte, Toronto Branch Head. Almost immediately, I was blown away (not by the cold weather) by the hospitality and warmth of the I-Remit team. I was treated to a scrumptious Italian feast at Frankie Tomatto’s in Markham, where we had a ridiculously filling spread consisting of salads, pasta, pizza, meatballs, and of course, dessert. 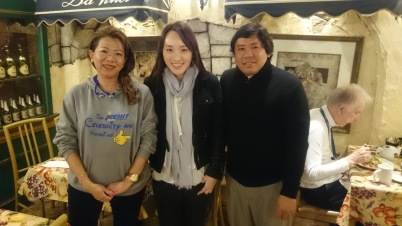 It was also over lunch when I learned about I-Remit’s beginnings in Canada as International Remittance (former name), rumors of a Jollibee branch opening in Toronto and stories about Filipino-Canadians—from the lola selling Filipino delicacies to support her sister’s grandchildren and remitting the proceeds back to the Philippines at the end of the day at I-Remit to engineers in Alberta who work and live in the plant and shuttled off to town on Sundays to do their errands. 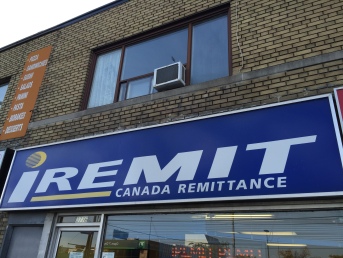 720,000 Filipinos (Commission on Overseas Filipinos) in the country today. When I asked Simon where most of our “kababayans” reside in Toronto, he said, “While the Chinese are in Markham or Richmond Hill, the Jewish are in Bathurst, Filipinos are everywhere.” It’s certainly astonishing how Filipinos can easily adapt to any environment and build a life anywhere. True enough, everywhere I went, I would meet Filipinos who would give service with a big smile.

I also visited the I-Remit branch at 3776 Bathurst St. corner Wilson St., Toronto, where Filipino bakeries, restaurants and groceries have begun to sprout since I-Remit opened its doors in the early 2000’s. Indeed it has become a mini gathering point for Filipinos, but still not quite as huge as Lucky Plaza in Singapore and World Wide Plaza in Hong Kong.

It was so gratifying to hear from the team and customers how BeamAndGo has helped OFWs apportion a specific budget from their remittances to their families’ monthly grocery spending. The company was built precisely for the purpose of helping Filipinos abroad by providing an alternative means for them to provide the basic needs for their families in the Philippines. It warms my heart to hear that the service we built is being used by the people it was intended for. 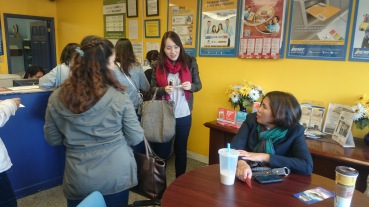 With the humble beginnings of our partner I-Remit and their story on how they grew the business, we are confident that more Filipinos in Canada will entrust their “alternative remittances” to BeamAndGo.

For more information about BeamAndGo and its services, Filipinos in Canada may visit our website at http://www.BeamAndGo.com or drop by at any of I-Remit’s Canada branches listed at http://www.myiremit.com/canada.php