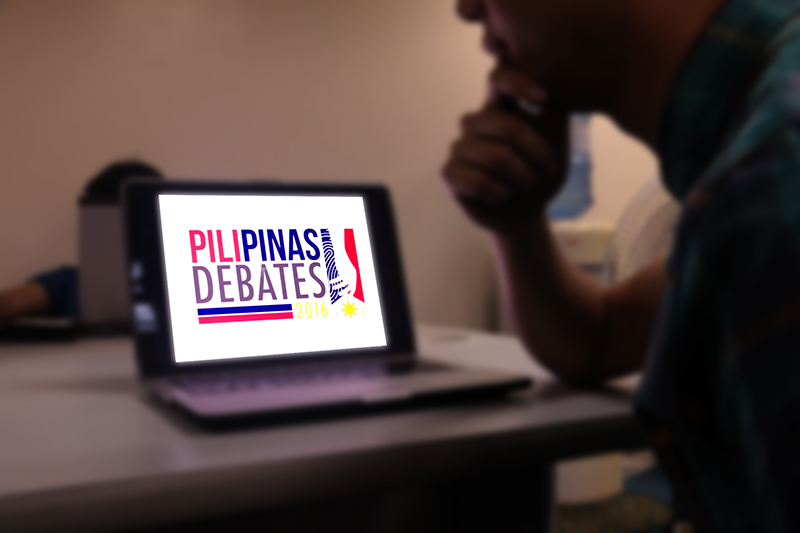 Can this or that candidate react fast enough, effectively enough without pointing fingers?

So how now brown cow?

Dapat balanse. Since the Presidential Debate is still fresh in our minds, let us deal with the personalities first. We’ll deal with the platforms in a later post. (Kalma lang, ha? Gagawin natin iyon. Wag mag-alala.)

Wala tayong kakampihan dito. Babalikan lang natin ang mga sinabi nila mismo noong Presidential Debate sa GMA 7. Hopefully, this will give us a good glimpse on who these people are and what priorities they have so that we can see if their priorities align with ours. We also won’t make comments here whether their claims are valid or not. We will just focus on what they said. It is up to you to determine if you believe something can be done or not given the time frame the candidates themselves give.

For VP Binay, the main problem facing the nation is poverty. 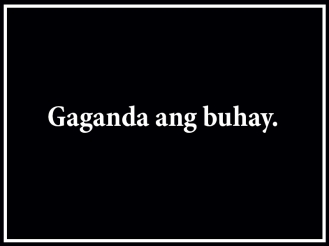 He asserts that he was able to help make Makati the way it is now – rich and prosperous. He stresses that he is a decisive and effective leader who is not bogged down by analysis-paralysis (ibig sabihin, hindi siya napaparalisa dala ng kakaisip). He also pointed out that there was underspending in government which led to under-performance. It is because of this underspending that some people have died without having received the necessary medicine.

On the issue of political dynasties, his position is that as long as a person is qualified and is willing to serve, this should not be a hindrance to public office.

Mayor Duterte focused on the problems of crime and

corruption. He promised to clean up the country and rid it of crime and corruption within three to six months. He explained that he will go after criminals and even put them to death as long as these actions are according to the rule of law. He said he would use the military and the police to go after these lawless elements.

He said that corruption was still the problem of the Philippines and that as long as there were incompetent or corrupt officials, things would remain the same.

Being from Mindanao, he also touched on two major issues: The national budget allotment of Mindanao and the Bangsamoro Basic Law. He complained that only 19% of the infrastructure budget was given to the area while 65% went to Metro Manila. He then asked how Mindanao was to develop with such a disparity. He is an advocate of federalism (allowing each region or state to have its own power without having to rely on the power of the central or national government) adding that he’d even offer this to Moro National Liberation Front chief Nur Misuari.

Senator Poe said her administration would allot 30% of the national budget for Mindanao adding that it was important for jobs to be created in the region. Her plan included the creation of a Mindanao Rail system, cementing around 2000 kms of roads, and the rehabilitation of dams to generate electricity. She expects these projects, especially the one for road creation, to provide temporary jobs but with the long-term benefit of attracting more tourists and investors to the area, which would then create a more steady job market.

Regarding the controversial BBL, she says there should be more transparent discussion of issues and should involve Maguindanaons, Tausugs, Badjao, and other groups like indigenous peoples and Christians.

She approached the issue of nation building from the point of view of being a mother. She admitted being the newbie of the bunch but insisted that she had already seen what was needed by the government. She continued by saying that one does not need a long tenure as an executive to realize that the government’s help in things like transportation was sorely lacking.

She advocates change in agriculture calling for free irrigation and the creation of agri-industrial zones where the Departments of Agriculture and Trade and Industry would work hand-in-hand to promote the products of farmers. Included here is replanting of coconut trees to maximize the yield per hectare and identifying what high-value products should be planted by our farmers so that they reap the maximum benefit for their labor.

The former DILG Secretary opened up the whole affair with his “driver” analogy asking what kind of driver would be best for a country. Unsurprisingly, he ended the analogy saying that one with the proper experience and the confidence of his former employer would be best.

He touted the achievements of the present administration saying that the economy had improved as evidenced by the numbers of the National Economic Development Authority and that Mindanao has had twice the amount of infrastructure in the last five years as compared to the 12 years prior to that.

He also spoke on the need to help the country’s fishermen by means of granting non-debilitating loans, providing them with fish-finder technology, and setting up post-catch facilities in the areas where the fishermen operate so that fish are sold fresher and profits are bigger.

He did not deny that he, himself, has had a good life but shared that it was such a life that he also wished for all Filipinos, one that was free from hunger and fear and one that allowed a person to freely dream.

Senator Santiago was her fiery self though a little less than what most people were used to.

She lamented the fact that though there was so much corruption, hardly anything had been done about it. Regarding all the promises made by her opponents, she addressed this by saying it was so easy to make promises but it was much harder to talk about implementation. She focused on the poverty programs mentioned and asked where the money would come from to get any of this done. 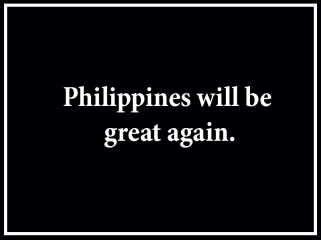 She called for a bigger budget allocation for education, rural infrastructure, social welfare, and health care for the poor.

She also spoke on the issues of political dynasties and the problem with China. She advocated negotiations with China and other Asian countries adding that both the Americans and Chinese were merely trying to impose their will on the Philippines. She also expressed her opposition to political dynasties while admitting that a much clearer definition of what constituted such should be made. Elections are not one-shot deals. We need to keep a close watch on these guys who make a lot of promises but may just point fingers at other people when things fail, people are already complaining, and blame is being hurled. Sisihan na kumbaga.

Why is this important? The President of the Philippines can easily determine how good or bad the lives of your loved ones will be for the next SIX years! Just imagine what a lousy President can do to the education of your children. Di ba gusto mo ring makauwi sana at hindi na umalis sa Pilipinas? Kung magaling ang Presidente natin, baka maging totoo iyon. Kung hindi, baka matagal pa ang kalbaryo mo na malayo ka sa asawa’t anak mo.